I often get asked about whether there is anything else apart from muscle relaxantmedication that can be done from MS spasms and stiffness, or spasticity.

Well, yes there is! But first, check you know all the basics about trigger factors, exercise, physio, and medication options – you can see that here:

Now let’s get onto the natural options.

1) Exercise. Think of this as a preventative. Specific evidence that exercise is good for spasms is scant, mainly because most studies are small and all look at different things – most physios are too busy treating their patients to be immersed in the world of large scale randomised controlled trials! However, there’s good evidence that exercise in MS helps mobility, strength, fitness and mood, and some evidence that regular movement exercise reduces spasms.

2) Magnesium  can be effective as a relaxant in the nervous system, and so assist with reducing spasm and nerve pain. The recommended highest dose for daily use is 350mg;  there have not been any dangers reported in taking more  until you reach 5000mg and more, but it is possible to overdo.

I found one case study on PubMed documenting a markedly succesful case study of magnesium for MS spasm, the other evidence is ‘anecdotal’ – ie, from peoples’ experience.

For fast acting effect, magnesium citrate dissolved in water can sometimes do the job. Some people with MS report good results by using magnesium oil rubbed into the skin. Magnesium oil ( which is not in fact an oil, but magnesium chloride flakes mixed with water) is absorbed more efficiently than oral magnesium, and can be applied directly to the area affected. It’s generally left on for some time, then wiped or washed off.

Risk of magnesium toxicity is usually related to severe renal insufficiency—when the kidney loses the ability to remove excess magnesium.

Magnesium toxicity can occur in people with hypothyroidism, those using magnesium-containing medications such as antacids, laxatives, cathartics, and in those with certain types of gastrointestinal disorders, such as colitis, gastroenteritis, and gastric dilation, which may cause an increased absorption of magnesium.

Oral magnesium may reduce the absorption of Gabapentin ( Neurontin) by up to 24%; another reason to try transdermal ( through the skin – oil/spray/cream) application.

And some more info on magnesium is here: http://articles.mercola.com/sites/articles/archive/2012/12/17/magnesium-benefits.aspx

Case study:  David has had MS for many years, and uses an electric wheelchair to get around, both in and outdoors. He works almost full time as a professional photographer. In November 2015, he came to see me in clinic, because leg spasms had started to cause a problem when transferring – it was vital that we sorted this out in order for him to continue to live independently and alone.

We discussed increasing baclofen, but previous attempts had caused a lot of sedation. We discussed the use of tizanidine, but David was interested in whether any natural alternatives could be tried first, before requesting a prescription. We discussed magnesium, and he decided to try using magnesium, and after a bit of research, chose Magnesium 375mg with vitamin B complex, and also started taking Co-enzyme Q10 200mg tablets, three times a day, all of which he got from Healthspan. (Nb. 3 x a day is higher than the ‘recommended daily dose’).

A week or so later, he was noticing an improvement ; he reported that the nuisance leg spasm on standing had gone, and he was also seeing some other improvements.

This is his email:

A few weeks later, I saw him in clinic again, where he showed me that he is now able to stand and balance for a few seconds, just 2-3, for the first time in a very long time – which is when I took his picture! 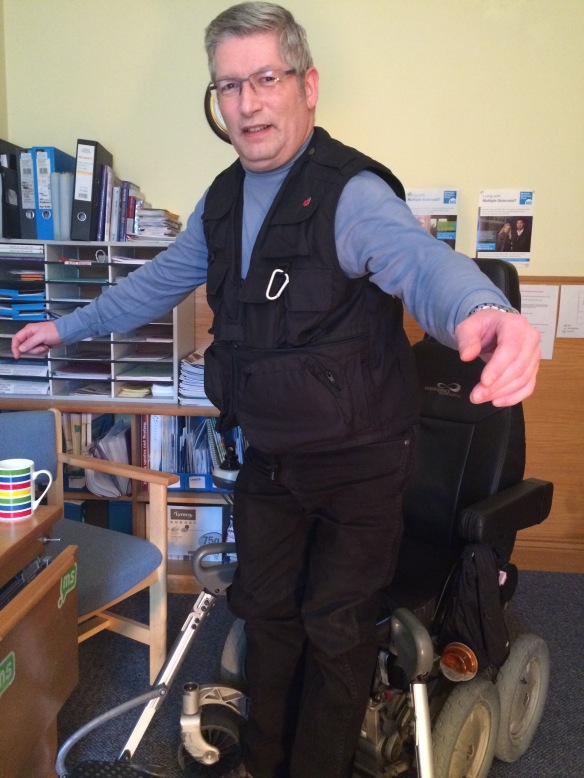 I encouraged him to consolidate his benefits by working hard in physio, and asked to be kept up to date on any further improvements.

Since then, David has shared his experience with quite a few other people, who I have also heard promising reports from for spasm. I called him today, to see how things were going. He’s retained the benefits, but reduced the dose down to 2 a day rather than 3, as his urine became flourescent yellow. This is actually a sign of excess B vitamins being excreted ( which is also safe) – David thinks that he may well have had a deficiency initially, and is now replete. He’s: using a power-assist exercise bike to keep flexible, finds his right ankle is longer stuck at 90 degrees, having physio once a fortnight,  and can now stand quite well for 15-20 seconds, possibly more – he hasn’t checked!

Thanks, David for sharing your experience. Just because something is ‘natural’, doesn’t mean that it’s wishy washy; people are advised not to take magnesium with muscle relaxant tablets –  but that’s because it enhances their relaxant effect, which is the aim in this case. Natural also doesn’t necessarily mean safe; you should check you don’t have any contra-indicated conditions or medications before starting any supplement regime., and stick to the recommended dose, as supplements can cause harm and damage in high doses.

3) CBD oil. We’ve known for a long time that cannabis can be effective in reducing muscle spasm in MS, and pain in many conditions, but the fact that it’s an illegal drug, and that the medication made from it, Sativex, is so expensive that most health trusts won’t fund prescriptions, has created barriers to its use.

Now, there’s a completely legal alternative, available widely, for example on Amazon, which is CBD oil. This is one of the active constituents of cannabis, but does not contain the THC which makes people feel high. It’s available in liquid form from health food stores, and amazon etc, and can be taken orally by using just one drop under the tongue at first, or vaped with an e-cigarette. 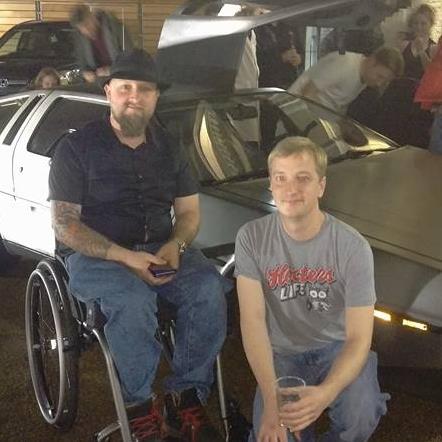 Alex is 37, and was diagnosed with secondary progressive MS in 2012 – and then in  2014 he also broke his back. He was struggling to find any treatment without unacceptable side-effects for whole-body extensor spasms, jerking clonic spasms in his legs that were both painful and wearing, and severe back pain. As a father, he didn’t want to use cannabis, due to the illegality, and decided to try CBD oil in an e-cigarette/vape. He popped in to update me yesterday, and I was happy to hear that:

a) It has really helped. It’s not completely taken the spasms away, but reduced, far less painful and more manageable, especially the extensor spasm. He takes it in the evening only, and it seems to carry through until about midday the next day.

b) It’s quite strong, and has a sedating effect, but not as bad as, for instance, Tramadol, and does not affect thought processes.

c)He advises taking just 1 or 2 puffs and leaving it for 15 minutes to see the effects, and if you use an e-cigarette anyway, use a dedicated chamber for the CBD oil.

There is some good quality evidence that TENS can be useful in reducing spasticity – Spasticity is the term that covers the whole clinical spectrum, from shortened, contracted muscles at the worst end, to the occasional spasm, /cramp at the other. It was more effective when used in conjunction with an exercise program than when used alone. I haven’t met anyone who has used TENS for spasms, but we have had some people at the MS Therapy Centre where I work who’ve been using APS Therapy  for pain, who have also reported a reduction in spasms. We are now beginning to expand our trial and therapy to include spasm as an indication for treatment.

One of my patients swears by New Era homeopathic remedy for ‘Fibrositis muscular pain’, which makes sense as the ingredients, in miniscule doses, include magnesium and potassium. This is safe to try, whatever medication you may be on.

So, lots to try, and if you have any more suggestions, please let me know.

all the best, and happy Spring,  🙂

Muscle stiffness and spasm (2)     Hi, can’t beleive it’s November already! I’ve been busy making presentations that I’m now going to try to post up here. This one is about muscle spasm and stiffness. It’s a powerpoint, so we’ll see if it works!

On November 3rd I will be talking about muscle stiffness and spasm at the MS Society symptom management day in Flitwick, Beds, and I’m putting the full set of slides on my blog.Of course, It’s from an integrated perspective, so includes: what’s going on inside in muscle spasm & stiffness, ( an imbalance between the stimulating ‘excitatory’ and the calming ‘inhibitory’ neurotransmitters), the medical protocol, things that some people with MS report to be useful, and recommendations from trailblazers like Terry Wahls. I’m sure there’s loads of things I don’t know yet which aren’t covered, but so far it includes:
Physiotherapy
Active movement exercise
Stretching programmes
Avoiding trigger factors
Addressing MS as whole
muscle relaxant medication
Cannabis/cannabinoids
Key nutrients/supplements
LDN
meditation
botox/injectables
splinting
intrathecal baclofen
surgery
possibly APS therapy